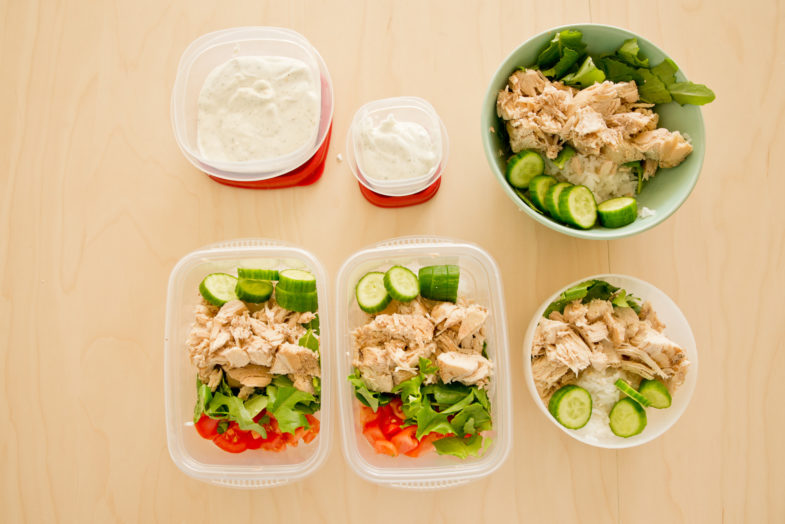 Because of our busy dance schedule, I’ve found some little things to plan ahead on our meals. This is not to say I have it all together. I’m not that amazing, but I know that if I don’t have a few standard things pre-prepped, I’ll never make those recipes.
And none of these involve spending all day Sunday in the kitchen. I’ve never gotten into doing the whole week’s/month’s meals in one day.

*We like turkey bacon. I know it can be not as crispy as “real” bacon, but I’ve gotten it closer lately. When it’s getting close to being finished, I add about a tablespoon of oil to the pan. This gives it a crispier texture that’s closer to what everyone expects out of bacon.
What’s your favorite shortcut? I’d love to hear!

for my brief weekly newsletter with a recipe idea (something you can easily take so the kids can eat it in the car or between classes) and a tip or trick we’re implementing in our house.

When you sign up, you’ll get a PDF to help get your weekly schedule under control!

You'll get one email a week,
and only from me.
(I won't share your email address
with anyone)